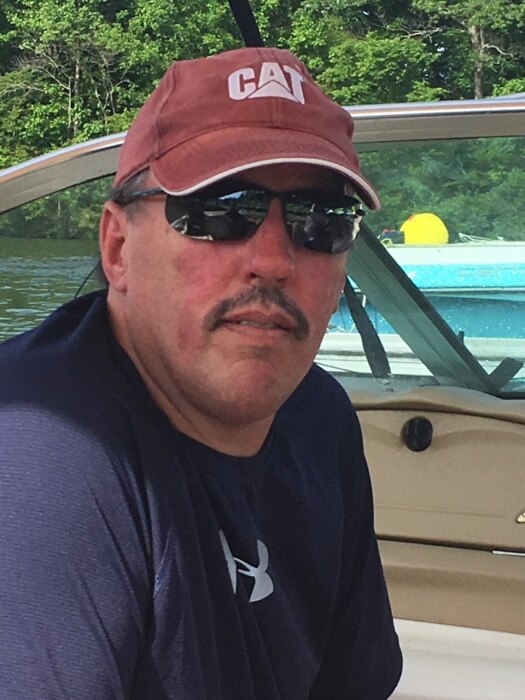 Timothy “Scott” Arbogast, 50, of Staunton, passed away Sunday, January 17, 2021 at his home surrounded by loved ones.

He was born October 19, 1970 in Staunton, a son of Phyllis Ann (Waybright) and Ralph Edward Arbogast of Staunton. On July 27, 1996, he married Pamela Elaine Moats.

A 1989 graduate of Highland High School, Scott enjoyed being a member of the Highland FFA Chapter. Following graduation he attended Nashville Auto Diesel School and became employed as a diesel mechanic with the Virginia Department of Transportation. Scott was a member and attended Vision of Hope United Methodist Church.

A family man, Scott enjoyed coaching Karley’s softball teams and playing cards, Rook and Setback being two of his favorites. He loved going on vacations, especially to Las Vegas, Florida, Disney Cruises and camping in Pigeon Forge. Additionally, Scott loved his seafood and was famous for waking up on a Saturday morning and saying “Let’s go to Williamsburg for some Captain George’s.” In his spare time he could be found working on his 1979 Chevrolet Camaro Z28 or his tractor. Above all, Scott will be remembered as being a devoted and loving son, husband, father and friend to many.

A graveside funeral service will be conducted 11 a.m., Saturday, January 30, 2021 in Blue Grass Cemetery.  Obaugh Funeral Home will receive family and friends wishing to pay their respects throughout the day Friday, 9 a.m. - 7p.m. at the funeral home.

To order memorial trees or send flowers to the family in memory of Timothy "Scott" Arbogast, please visit our flower store.