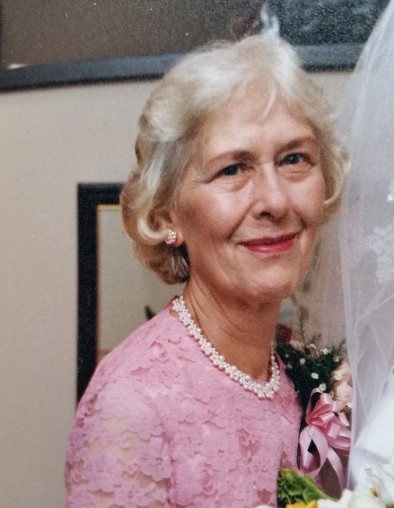 Virginia was born November 14, 1932 in Monterey (Highland County), a daughter of the late J. Seybert  and Elzie G. Hansel. She graduated from Monterey High School and attended Longwood College, graduating with a Bachelor of Science degree in Biology. Following graduation, Virginia taught Biology at public school in West Point, VA, as well as at Robert E. Lee High School in Staunton. Later, Virginia received specialized training in the field of Medical Technology at Hunter Lab in Northern Virginia and held positions as a Medical Technologist at Sibley Memorial Hospital (Washington, DC) and Fairfax County Hospital (Falls Church, VA). Subsequently, she moved to the Staunton area and worked in the Laboratory at Kings’ Daughter’s Hospital. While living in Staunton, Virginia met Edward Bailey, to whom she was married in November 1962. She resided in Staunton until May 2016.

In addition to raising her two daughters, Virginia and her family attended Covenant Presbyterian Church, where she sang in the Covenant Church Choir and taught Sunday School. She was a Girl Scout Leader, delivered hot meals with the Meals on Wheels program and volunteered with the Staunton Art Center. Virginia and her husband enjoyed bird watching excursions and were members of the Augusta Bird Club. She was a member of the Virginia Museum of Fine Arts, as well as the National Geographic Society.

Virginia enjoyed childhood summers spent with her grandmother. She was an excellent seamstress, having learned from her mother, who taught Home Economics. Her pastimes included nonfiction reading and researching topics of interest, working crossword puzzles from three daily newspapers, playing piano and attending classical music concerts, painting and photography, and gardening.

In addition to her parents and beloved husband, Virginia was preceded in death by a brother, Jack Hansel.

Virginia is survived by her daughters, Sybil Hutchens and husband, Matt of Manassas and Janice Bailey of Stockton, CA; grandson, Bailey Hutchens and granddaughters, Shannon, Sheridan and Peyton Hutchens all of Manassas; brother, Ben Hansel and wife, Doris of Salem; as well as nephews, Benjamin and Jonathan Hansel.

A celebration of life event will be held on Monday, June 5th at 6:30pm at Brightview Baldwin Park, 21 Woodlee Road, in Staunton. A private graveside service will be held at a later date in McDowell Presbyterian Cemetery with the Rev. James Hutchens officiating.

The family would like to express their sincere appreciation to both the ICU Team and Chaplain Jerry Johnson of Fort Belvoir Community Hospital for their care and support of Virginia, and to Ms. Ola Sharif and dedicated caregivers of Reminiscence, The Fairfax at Belvoir Woods, during the past year.

Memorial contributions may be made to McDowell Presbyterian Cemetery on the Hill, c/o Shannon Maloy, 1982 Bullpasture River Road, McDowell, VA 24458.

To order memorial trees or send flowers to the family in memory of Virginia Bailey, please visit our flower store.