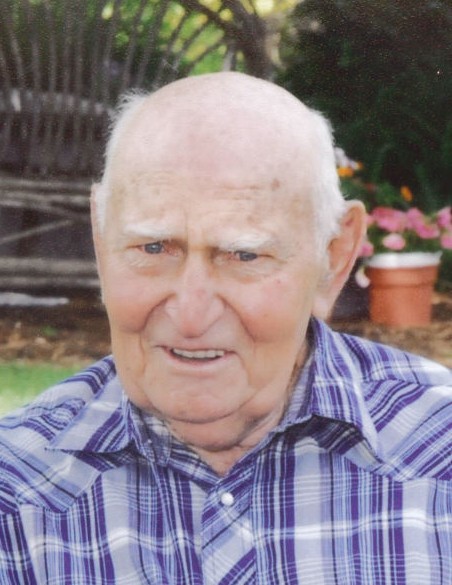 He was born April 5, 1923 at Blue Grass, a son of the late Clyde Charles and Ollie Kathyrn Simmons Rexrode.

He served in the U.S. Army during World War II. Mr. Rexrode was a member of Blue Grass United Methodist Church, and a charter member, with perfect attendance, in the Blue Grass Ruritan Club, formed in 1952. He was a welder, carpenter and farmer, who loved to hunt and fish.

He is survived by his wife, Virginia Ella Bennett Rexrode, whom he married on Oct. 16, 1944; daughter and son-inlaw, Loretta Sue and Wayne Teter; two grandsons, Tim Teter and wife Vicky, and William “Chad” Teter and wife Dixie; four great-grandchildren, Emma, Ethan, Jason and Lori Teter, all of Swoope; son-in-law, Eugene Poats of Monterey; and numerous nieces and nephews.

He was preceded in death by a daughter, Connie Poats; a sister, Mary Florence Bennett; and a brother, Ivan Carl Rexrode.

Burial was in Blue Grass Cemetery.

Honorary pallbearers were members of the Blue Grass Ruritan Club.

To order memorial trees or send flowers to the family in memory of William "Junior" Rexrode, please visit our flower store.